This has been a long time coming. But I was never quite in the mood to rank over 300 episodes and then only talk about ten of them, so I didn’t do the work until I found this post. So I decided to follow the example of one of my favourite YouTube channels and not list ten episodes but give ten categories and pick one in each. So this wont be the ten best episodes but the ten episodes that represent the show the best, plus a lot of honorouble mentions. (I may have redefined the categorys a bit from the original post) (Also I’m a Destiel shipper, so if you are one of those people who think the show should be just about the brothers you’ll hate this list).

Tragedy Porn episodes are a defining aspect of the show, but that doesn’t mean they have to be good. Don’t get me wrong I love it when a show can make me sad from time to time but these episodes just pound on my favourite characters for no good reason what so ever.  I’m no Angel for example, which is basically just Castiel being treated like crap for no reason. Gabriel’s death in Hammer of the Gods wasn’t pointless, but the episode was still bad. The worst example of this, and my number 10 pick, will always be Dark Dynasty. The Supernatural Fandom continously gets a bad rep for hating on female characters, but we loved Charlie. She was one of the only really relatable characters and a much more appropriate and likeable representation of the fandom than Becky in previous seasons. Still she died for no real reason.

Now that we have that out of the way, let’s get to the episodes that still aren’t masterclasses in writing but at least don’t kill characters we love. Just weird as fuck episodes, that give us no deeper insight into the characters and make us wonder if the writers have lost their minds, but are still okay to watch. if only for trivia. Dog Dean Afternoon is a good example of this, as is Mannequin 3: The Reckoning for it’s title alone. My favourite here is Fallen Idols, for the pure madness of a Paris Hilton cameo, paired with Sam getting choked by Ghandi.

This is when the suposed horror of Supernatural collides with comedy, we are finally in good episode territory here, so this category includes hits like Ghostfacers and Bad Day at Black Rock. My personal favourite is the beacon of light in the grimness of season 4, known as Yellow Fever.

Supernatural has no fourth wall. They took a sledgehammer to it in the truly enjoyable The Monster at the End of This Book. This has since given a cute portrayal of the Fandom in Fan Fiction  and a terrible one every time Becky shows up. The best example here is The French Mistake, which went so meta it had Misha Collins and Genevieve Padalecki playing themselves.

Now the previously mentioned Crack Fics are not brain meltingly bad, but they still are of no real consequence to anything. This is where the Well Written Crack Fic comes in. The Setup is still mad but at least we get some character development or a really good episode out of it. You can find examples for this in almost every season. What Is And What Schould Never Be, Monster Movie, It’s a Terrible Life and Baby , are all great but admittedly weird episodes with some emotional stuff for good measure. My favourite episode of this kind has to be Sam, Interrupted which is one of my all time favourites.

The Classic is an episode that is “infinitely quotable” and still referenced in fandom even if it’s several years old already. This spot includes my number eight pick Yellow Fever for the “Crazy people” monolouge, The Pilot for “Dad’s on a huntig trip” , Lazarus Rising for “I’m an Angel of the Lord” and Free to Be You and Me for “Personal space” and a lot of other Destiel content. But if I’m saying infintely quotable and referenced in fandom it has to be a Gabriel episode. And while I love Tall Tales and Changing Channels, there is no way of getting around Mystery Spot here.

Before they discovered the magic of brotherly bonding Supernatural was supposed to be about horror. You can find this in the old season 1 episodes, full of actually creepy ghosts, terrible CGI and EMF meters. Provenance, Asylum, Skin and Faith are all amazing examples. Later seasons sometimes come back to this, like Family Remains in season 4 but mostly this is a season 1 thing. My favourite example of this for being really good (and for featuring some Fall Out Boy) is Bloody Marry.

This type of episode often looks like a completely normal one until it goes and rips your heart out. Think The Rapture which starts of as a nice fun “what’s wrong with Castiel” and then turns into the best and most devestating look at the concept of vessels the show has ever delivered. Or early episodes that gave us Winchester backstory in heartwrenching ways like Home and A Very Supernatural Christmas. My favourite episode of all time qualifies as a tearjerker, The Man Who Would Be King, so I am picking it here. 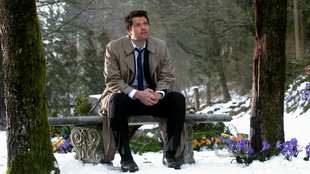 Supernatural has had some great season finales. There have been some great finales capping of one or even several seasons and always ending with either a Winchester dying, like in No Rest For The Wicked or a big bad being unleashed like in Lucifer Rising. Do You Believe In Miracles? managed to do both and gave us a great Mark Sheppard monolouge on top of it. However no finale has ever been grander than Swan Song, the literal end of an era. 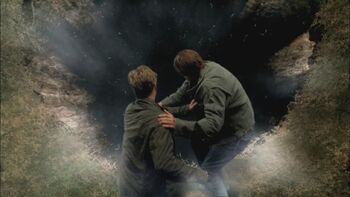 An episode that doesn’t only change the way of the show but also how we, the viewer think of it. There is the first time a Winchester died in All Hell Breaks Loose, Crowley’s first appearance in Abandon All Hope and Bobby’s death in Death’s Door. But there is no episode that has changed the show more and had more impact on the fandom than Lazarus Rising. Castiel first appearance, the birth of Destiel, nothing ever was the same after this. And while I have been around Tumblr enough to see the haters, I will always love this episode and the things it brought. I can’t and wont imagine Supernatural without Castiel and the fandom without Destiel.

So I’m watching this new Netflix Show called The Rain.

So far the setup and dynamics are pretty cliche (aka. “the cure is in the scientist’s child”, previously seen on EVERYTHING including my beloved Utopia) but the fact that they dish that out after only 10 minutes makes me hope that they are maybe holding back some more interesting twists.

The setup, though not revolutionary, is an interesting one and the aesthetic has some Helix vibes, which is a way of getting me interested.

Also this show knows how to scare the crap out of me , by catering to some of my bigger fears, namely bunkers, darkness and creepy little boys, let’s see if they keep that up.

As for the characters I can not say much after only one episode, but I’m into strong, smart, female protagonists.

The fact that I am watching in german (cause I don’t speak danish) makes the dialouge feel pretty unnatural, but I will survive (I got through Infinity War, even though they gave Thor some pretty terrible thunder puns so…).

They solved the issue of the main character having no one to talk to, by her monolouging to her absent Dad in voice over ALL THE TIME.

Ok, the five year time skip and cliffhanger have me intrigued, I am gonna continue watching this.